Gold is a seasonality trade. If you bought it after China’s Golden Week over the past 5 years you would have made money and smiled all the way to the bank, initially at least. The gold price averaged $1,481/oz in the fourth quarter of 2019, the highest average price since Q1 2013. Gold priced in various currencies – including Euro, Indian Rupee and Turkish Lira – hit their highest levels in history. In 2019, central banks added 650.3t to global gold reserves, the 10th consecutive year of annual net purchases.

The men will steal, the men will dream, and die for gold on the rocks below. Gold, gold, gold, they just gotta have that gold. Gold, gold, gold, they will do anything for gold. Gold is up a decent 3.40 percent year-to-date. And there is tons of enthusiasm in the bling as investors are swiftly increasing their exposure towards gold ETFs. In January, global gold-backed ETFs and similar products saw net inflows of US$3.1bn, boosting holdings to new all-time highs of 2,947t. Gold ETF holdings are getting to levels seen in 2010-11, but with prices still below levels seen back then. Gold needs to consistently close above $1,600 per ounce to keep the dice rolling. Back then, 2010-11, higher yields arguably provided a safe haven unavailable today plus markets were often gripped by an inflation play that did not materialize. Today, it is mostly fear.

Gold is heading towards the clouds, especially if one believes that interest rates are heading lower and if we will get more quantitative easing by central banks and more government fiscal spending, then the shiny metal has got a lot of gas in its tank. S&P 500 and Dow Jones stock markets are at all-time-highs, same for the German Dax, yet corona virus, as a smokescreen, is knocking on the front doors in the rest of the world. Are stock investors lost from reality? Your obvious du jour captain moment. Markets are supposed to price in potential risk. Yet US equities are pricing zero risk and fair chance we get more international cases of confirmed virus deaths over the weekend.

There may be some upside left in stocks, but geopolitical risk and slowing global economy will likely weigh in. But gold could go a lot higher in prices with a lot of speculation. Inasmuch as there is pressure to reopen factories in China, much of them remain shut. On Wednesday, Airbnb extended its suspension of bookings in Beijing until April 30th. So far, airlines canceled 12,662 flights in China, the aviation regulator said it will help airlines to cope with the outbreak, noting that the epidemic has hurt the bottom lines of many carriers. As the list gets longer, the stress notches up higher. 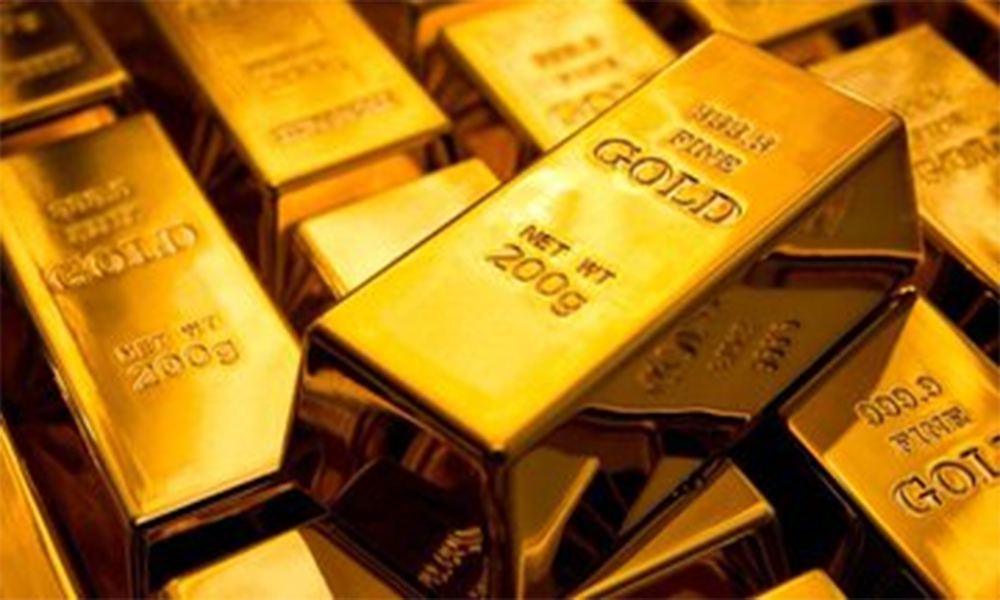 Here at Mansa-X, we recommend a long gold position to hedge one’s exposure to global equities. We think we will likely see a pullback again, prices will rally briefly then pullback again. But gold’s price is going to keep knocking on the door. And one of these days, it is going to kick the $1,600 door wide open. And when that happens, when an asset class you are short takes a rocket ship into the fourth dimension, then it is more than just losing money. It means one’s thesis has been disproven. And the vice versa is correct. What is driving this? Global dollar denominated debt. For now, this gold mocktail has an umbrella in the glass and some fancy garnish.

As a last thought for breakfast, what are the most liquid assets China can quickly sell to counter any massive headwind to come? Is it gold? Or US bonds? Also, there is a stag party going on in India, a stagflation party. India’s economy is seen growing at the slowest pace since 2013 while inflation surged to a 5-year high. And Germany, which is increasingly being outclassed by US big technology companies. The combined market cap of the 2 US giants, Apple and Microsoft is $662bn bigger than the entire German stock market capitalization. The class difference is greater than ever before. And not helping the situation is currency markets rapidly re-pricing growth in Europe lower in the last two weeks. The Euro seems to be comparatively unenthusiastic, may be headed to weakest levels since 2017 especially since Germany is likely about to feel the coronavirus outbreak-induced economic shock in China imminently. We think both economies share some links. Eurozone industrial production fell 4.1 percent YoY in December, matching the biggest decline since the Great Financial Crisis. China is the top trading partner of roughly half of the world’s 50 biggest economies. And obviously, when China catches a cold.

If for a long time you wished to own an original Louis Vuitton and obviously could not afford its item prices without batting an eyelid, well shares of the parent company fell like a rock on February 3rd. Bad news was that the stock was at the lowest level since the start of the year. Good news, it was then the cheapest it had been since the start of the year. Obviously more value to buy LVMH at a proper real discount! The stars seem to be aligning, free up some elbow space for the main event. On this day, some will buy gold, and some will wear it. Good luck to all. But importantly, buy her gold, Happy Valentines!