Get to learn more about SIB Executives, their vast experience and areas of expertise.

“If your actions inspire others to dream more, learn more,
do more and become more, you are a leader.” ~ John Quincy Adams. 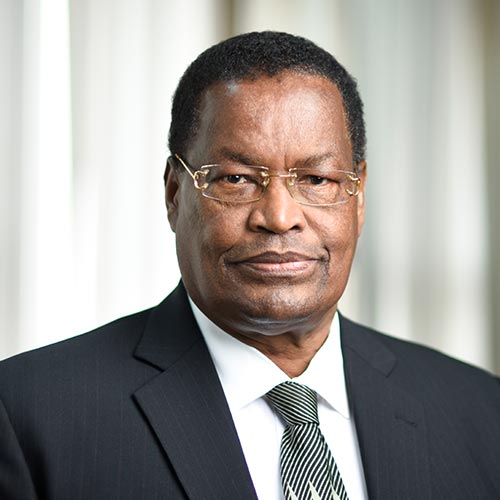 James founded Standard Stocks, as a licensed Stockbroker in 1995. As a veteran businessman with a background in commercial banking, his focus on business growth and development was very clear. He sought to differentiate the firm by having a customer centric view. As such, with a focus on high value customer relationship management and integrity, the company rapidly flourished and increased its volume of equity trading business by a significant multiplier to achieve No 1 position in trade volume ranks well ahead of more established and older stockbroking firms.

In 2005, James steered the business into transaction advisory services and secured an investment banking license, thus Standard Investment Bank. In 2007, he led the company to attain an additional license for the SIB Trust Funds, and most recently in 2018, guided the firm to attain the first Online Forex Trading Money Manager License.

James has passion to innovate, be an industry pioneer and trend setter. James has over 24 years of investment banking experience and has been involved in leading diverse business avenues. His business acumen, knowledge in the Capital Markets and experience has provided guidance and leadership in the capital markets industry both as a member and as a regulator.

James has previously served as Vice-Chairman and Chairman of the Nairobi Securities Exchange, and has served in many Committees at the NSE. He has knowledge and experience in the insurance and commercial banking sectors. He is a former Chairman of Pacis Insurance Co in Kenya. He continues to serve as a Director and shareholder in various other businesses. 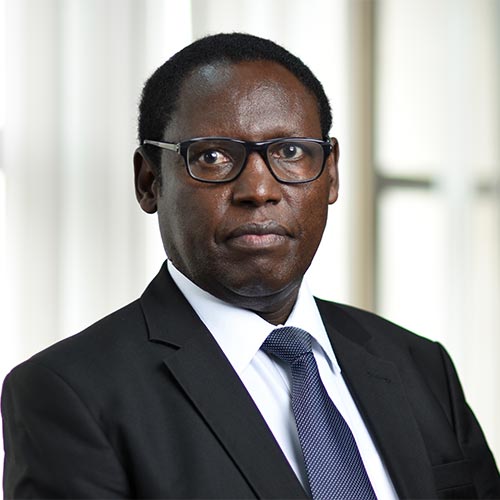 Job joined SIB in 2005 to assist James introduce compliance and risk systems within the company. In addition, Job took over the Research and Corporate Finance/Transaction Advisory departments. Job has led the Corporate Finance and Advisory team deliver over 25 corporate finance transactions in Kenya and within the East Africa Region.

He has considerable experience in the capital markets and served as the first CEO of the Nairobi Securities Exchange. He has also served in corporate and general management of various organizations and international services trade where he has consulted both locally and abroad and in business development services. He has attended many courses and programmes internationally in capital markets development, financial and investment analysis, management development, among others. He has interest in small business development, corporate governance, sustainable development and climate change matters.
He is a Commonwealth Certified Trainer in Corporate Governance. He is member of a number of professional bodies including the Institute of Certified Secretaries, Institute of Certified of Investment and Financial Analysts, Kenya Institute of Management, Institute of Directors and holds an MBA from Buckingham Management Centre, UK; among other qualifications.

Job has served and continues to serve in many corporate boards both in the public and private sectors.

Donald joined the team at SIB in 2008 to Head the Operations department with an emphasis on risk management, compliance, and operational excellence. Five years later, his role was expanded to include business development with a specific focus on the brokerage side of the business.

In 2019, in response to the needs of our customers, he was charged with the responsibility of setting up FourFront Management, a division of Standard Investment Bank. As Chief Executive Officer, he leads a team that is building solutions to increase the ease and efficiency in which the general public understands, accesses and consumes investment banking services.

Donald is a Board member of the Kenya Association Stockbrokers and Investment Banks (KASIB). He has chaired several Board Committee and most critical of which was the Broker Back Office System (BBO) Functionality Delivery Committee which created a common platform for Investment Banks to interface with the Nairobi Securities Exchange (NSE) and the Central Depository & Settlement Corporation (CDSC). The committee on the removal of Capital Gains Tax (2017) and the committee on the long-term growth of KASIB have also benefitted from his leadership. 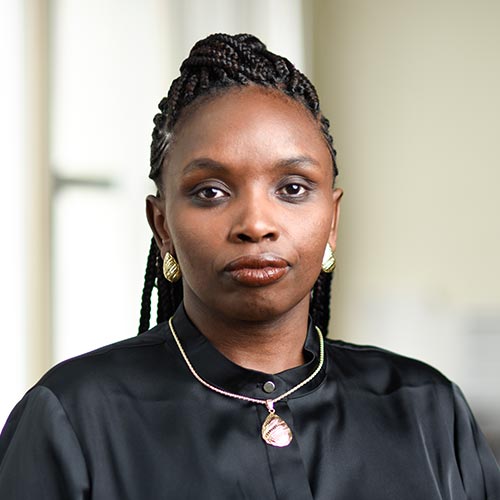 Pauline joined Standard Investment Bank in April 2010 as an accountant and has risen through the ranks in various capacities to being appointed a Board Member in charge of heading the Finance and Accounting department. She is tasked with directing and ensuring the financial health of the organization as well as ensure the Organization has complied with
all the statutory mandates of all the regulators. Her strengths are in Financial reporting, Cost Management, and Compliance.

Pauline who holds a degree from United States International University, is a Certified Accountant (CPA-K) and a Member of the Institute of Certified Public Accountants Kenya (ICPAK). 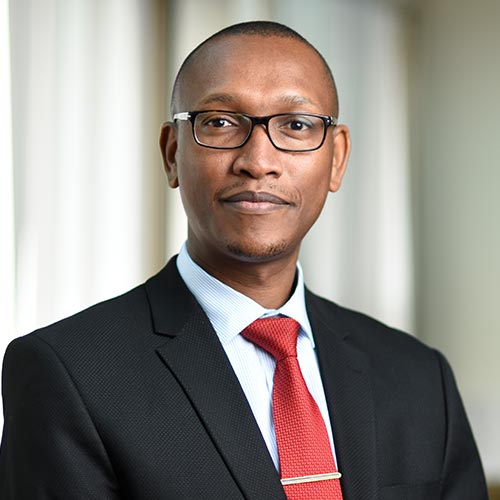 Nahashon joined SIB in 2018 to run the first and only regulated Online FX Trading Money Manager in Kenya and the greater African region. He was key to attracting a team of skilled traders from the inter-bank trading industry, an unprecedented move in the finance industry as commercial banks have traditionally poached from the brokerage world and not the other way round.

Nahashon set up and quickly created a profitable Global Markets department at SIB. This involved documentation of procedures necessary for the optimal running of the Global Markets department, including risk controls. He has been heavily involved in the creation of partnership covering both internal and external stakeholders to grow Mansa X, a Global Multi Asset Strategy fund at the investment bank. A core part of the activity has been to ensure continuous compliance with the regulatory requirements as guided by the Capital Markets Authority. This means ensuring alignment of trading, marketing and reporting functions with set market rules.

Before he joined the SIB, Nahashon worked with Bank of Africa as the Head of Treasury, Equity Bank Limited as forex interbank dealer, I&M bank as Corporate dealer and Kenya Commercial Bank as a swap dealer. He holds a BSc. in Actuarial Science from Jomo Kenyatta University of Agriculture and Technology.

Nahashon is CISI (UK) certified. He is a member of the ACI, Financial Markets Association and has previously served as an elected committee member. 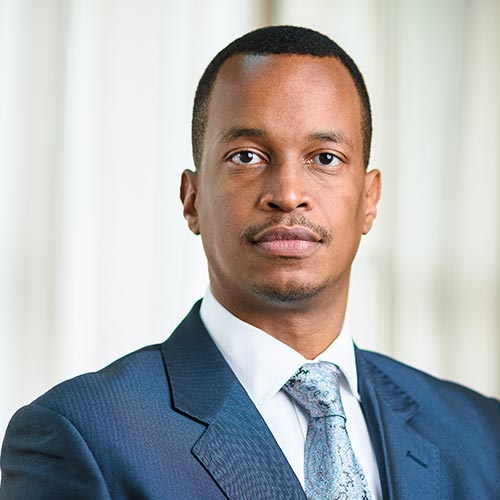 Nickay Wangunyu joined SIB in 2005 as an operations officer. He held an enhanced role that covered client service and administration. He rose through the ranks to hold the position of Operations and IT Manager for 8 years. He was instrumental in transaction management where he headed the management of various IPOs and rights issues in processing, collection and reconciliations.

In his career of 14 years, Nickay has acquired experience and expertise in trading, investor relations, research, and in asset management. In 2014, he served in the strategic management committee which was responsible for implementing an organization restructure, after which in his position as Principal- Product and Business Development, he speared headed in developing a number of initial retail products. Afterwards, he joined asset management where he was part of the investment committee in making decision for investments.

Currently, in his role as the Executive Director - Strategy and Business Development, he spearheaded the formation of the Online Forex Trading and CFDs trading division (Global Markets), the first CMA licensed Online Forex Trading Money Manager in Kenya and the East Africa Region.

Nickay is a member of Institute of Certified Investment Financial Analysts (ICIFA). He also holds a Masters of Business Administration from University of Sunderland (UK) and a Bachelors of Computer Science degree from ANU. 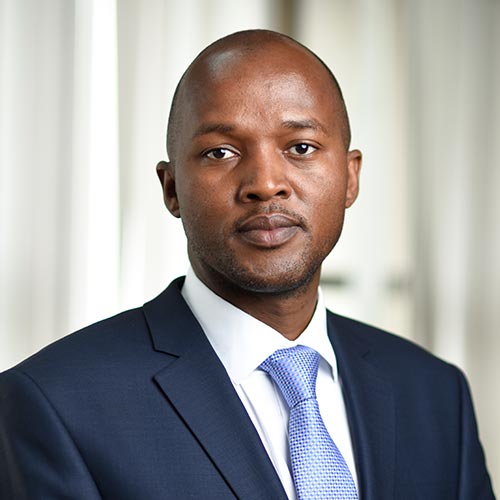 Eric joined SIB as Senior Analyst and has served as Head of Corporate Finance & Head of Research. He is currently Executive Director – Research.

Eric has over 12 years of investment banking experience and has been involved in diverse coverage as an analyst producing research reports for various sectors. He has also been involved in capital market transactions including Independent Financial Advisory, Rights Issues, Offer for Shares, Private Placements, Share Capital Restructuring Advisory, and Initial Public Offers among others.

His professional experience started at Standard Chartered Bank Kenya (no relations to Standard Investment Bank), as a graduate associate for two years; after which he joined investment banking. He has previously worked for Kestrel Capital (EA) Ltd, African Alliance Investment Bank & Renaissance Capital in the role of Analyst. Eric is a graduate of Kenyatta University - Banking and Finance; and is an Associate of the Kenya Institute of Bankers. He is a Practicing member of the Institute of Certified Investment and Financial Analysts and holds a CIMA Advanced Diploma in Management Accounting as well as a Certificate in Islamic Capital Markets and Instruments. He is a member of the Institute of Economic Affairs and chairs the Chartered Institute of Management Accountants Kenya organizing committee (2019) 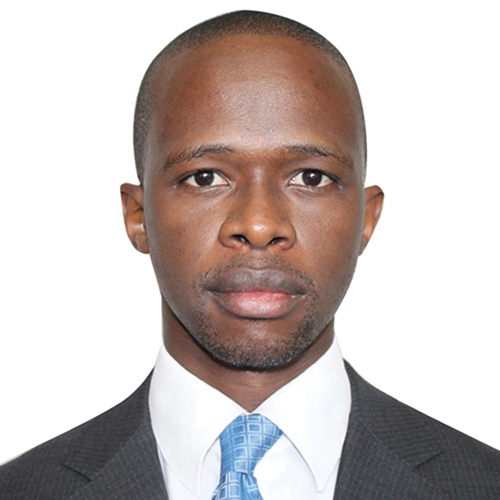 George joined the Standard Investment Bank Board in August 2018 as an Independent Director.

He is an associate at Okoth and Kilagat Advocates and is the principal advocate in charge of litigation and dispute resolution, conveyancing and the recruitment and training of pupils. George has experience in litigating complex cases at the Capital Markets Tribunal, the court of Appeal, civil, commercial and family divisions of the High Court of Kenya as well as the Environment and Land Court and the Employment & Labour Relations Court.