If you are having an adrenaline rush and you are feeling dexterous and obviously James-Bondish then Skyfall is your thing, just that the markets have a mind of their own and no feelings for anyone. It has been widely stated that the end is nigh, just let it be the market’s and not yours. Do not catch a falling knife, unless of course you are feeling a little bit James-Bondish.

The last two weeks have been more of history comparables fueled by panic selling, coronavirus frenzy more than countermeasures being undertaken by governments and central banks across the globe! Reason enough, local consumers know that rate cuts are not vaccines to the virus. Flybe was the first major airline to go under post coronavirus, and that spooked the market selloff. Lufthansa got hot served by a Moody’s credit rating downgrade. While visitor arrivals into Hong Kong having fallen to zero, next airline on the radar is Cathay Pacific. The world is producing too much oil exacerbated by the Saudi-Russia price war yet demand seems to have been crushed by coronavirus.

On March 1st, Kuwait’s stock market plunged 11 percent as oil prices nosedived 11 percent. Today oil is trading below $25 per barrel for the first time since 2002. Currently trading at $20.94 per barrel, already prices are down 20 percent in the day and 65 percent down year-to-date! In our article on February 28th we recommended a short oil position, WTI was trading above $45 per barrel. Mansa-X is a global multi asset long/short strategy fund. It is specifically designed to optimize the returns for clients even during turbulent market conditions while protecting their capital from downside risks hence why we can create value even in short positions.

On Tuesday, the Philippines became the first major country to halt its entire market, including stock, bond and currency trading, in the midst of the coronavirus outbreak. Meanwhile France banned short selling on 92 stocks. More halts to come? As of writing it is Wednesday, so obviously we are limit down in US stock futures, again! And while President Trump was having a press conference on an update on the coronavirus situation in the US, the S&P 500 declined by 7 percent triggering a Level 1 market wide circuit breaker trading halt! The Dow Jones has erased all the 41 months of gains made all the way back to November 2016, since Donald Trump became US President in just 18 trading days! While the German DAX erased 6 years of work by the bulls in just 5 weeks! The problem with claiming credit for the stock market going up is that you own it going down. Ford, GM and Fiat-Chrysler were mulling shutting down all US plants due to the coronavirus further seeing a selloff in the market and adding the salt to the demand-supply reverberating shock waves. The US is negotiating a stimulus plan worth some $1.2 trillion dollars, including sending a cheque of USD $1,000 or more to every American – and that reflects the severity of the situation. Yet the markets fear gauge was at 85 percent! Today Canada announced a fiscal stimulus of 3 percent of GDP, which is in the region of at least $49 billion US dollars. Kenya was happy to secure a pithy $60 million as a virus counter cushion. 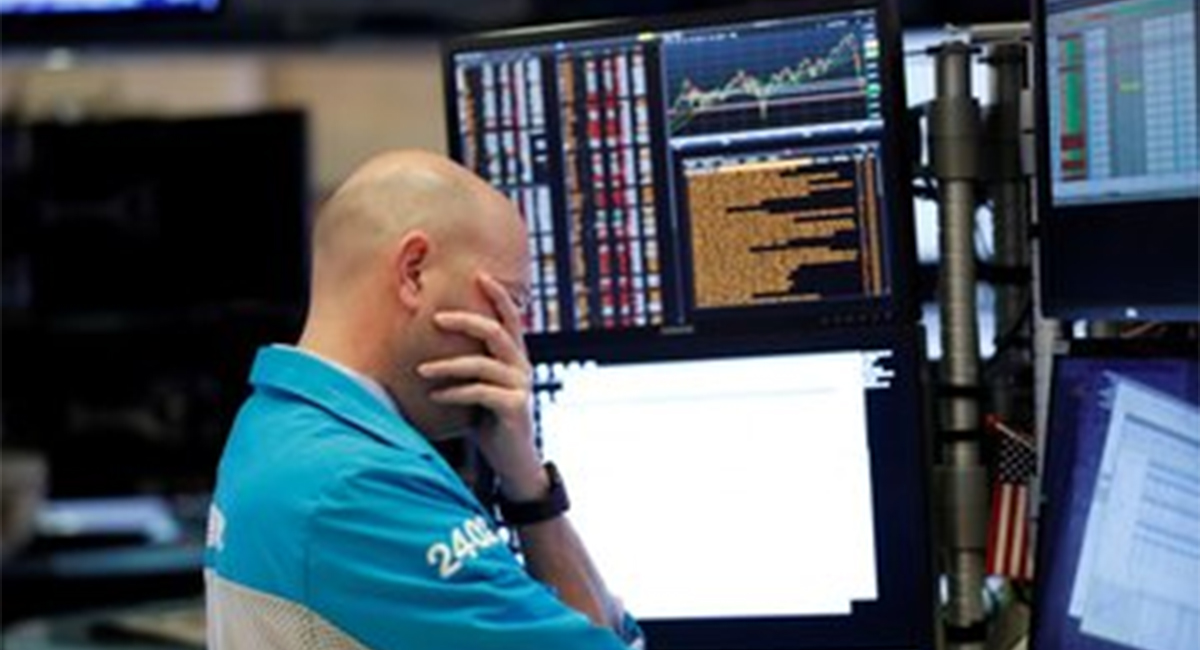 The scramble for dollar funding has helped push the US dollar to the highest level in three years, something that will cause major pain for the rest of the world. Prior to that, these levels were last seen in 2003. The trade weighted dollar index is up 6.5 percent in a matter of days. Here is a test – get $100 worth of US Dollars, $100 worth of South African Rand, $100 worth of Turkish Lira, $100 worth of Russian Ruble, $100 worth of Zambian Kwacha. Fly either to Nairobi, Dublin, São Paulo, Budapest, Sidney or Hanoi. Get in a taxi and when one gets to where they were going, tell the driver that you do not have the local currency but do have those 5 and ask them which currency they accept! US dollar is king and flexing! Brexit is out the window, coronavirus is now in the driving seat for the British Pound’s March’s march towards parity! GBP/USD was close to 1.3200 on March 9th, and today it fell to 1.1449 just 9 days later! It is down over 1,700 pips and bleeding to it toes! To put it in perspective, had you shorted 1 lot of the pound against the dollar, you would be at least $170,000 in the money!

There is a huge USD dollar demand amid the avalanche distress. Everything is on sale – a real fire sale. The specter of massive layoffs due to paralyzing developed economies has triggered a mass exodus out of stocks and a quick deleveraging of everything else, even gold, a safe haven metal. What we are seeing from the messy fixed income and foreign exchange market is that people are raising cash to meet redemptions and serious margin calls. Market liquidity is freezing up, people are struggling to trade. The buy the dip mentality has totally flipped and the coin has been tossed. We have sold off in gold since then due to forced liquidation. Stocks have been crushed and a lot of times, investors, fund managers, will have to trim gains in one place to pay for losses and other margin calls in other assets. The Euro is back to 2017 levels. The Pound is at its lowest since 1985. The Australian and New Zealand dollars are literally dropping and giving us fifties, at lowest since 2003 and 2009 respectively. As for the Norwegian Kroner, the Brazilian Real and the Mexican Peso they are at their lowest levels on record! The dollar is the world’s reserve currency and that is where investors flock to.

But valiant as you might be feeling this morning, watch out for the falling sky, and do not get trapped under the markets’ rubble. But remember, daring ideas are like chessmen moved forward. They may be beaten, but they may start a winning game! The good news, we are three quarters of the way through the first quarter. And, there is only one stock market left in the world that is up this year, Botswana up at 1.46 percent. Is the market cheap now? Sure. Go out there on Monday and start buying. Good morning folks, how is your sky as you keep in check the social distancing policy.